The Best Synthetic Oil You Can Buy

In our modern 24/7 day to day life, our automobiles are put under great strain left and right. On average, our engines run 12,000 to 14,000 miles a year, and even more at times. You need to change regular oil every 3,000 miles or so, depending on the specifications of the manufacturer. On the other hand, synthetic engine oil can give you around 7,000 to 10,000 miles of optimal performance before you need to change it.

It is not so surprising that synthetic oil is superior to petroleum-based oils, which are refined from crude oil. The best synthetic oil is stronger, can withstand engine stress better and enhances engine performance and fuel economy. This special engine oil is also a great option for extending drain intervals and that is what makes it “green”. Besides being environmentally friendly, the best synthetic oils help reduce the demand on precious natural resources.

**Below, you'll find our more detailed reviews, but you can also click the links above to see current prices or read customer reviews on Amazon.

What Is Synthetic Oil? Synthetic engine oil is produced using an artificial or synthetic base, unlike traditional oil which is processed from crude oil stock. The crude oil from which standard engine oil is derived contains certain impurities, which cannot be eliminated during the process of refining. On the other hand, the artificial base stock of synthetic oil contains zero impurities, allowing it to resist heat much better than the traditional oil, and also resulting in an extended lifespan.

Many synthetic oils contain "performance additives”, which are basically engineered to reduce mineral deposits and sludge buildup, and thus provide superior protection for your engine's components in extreme temperatures, and also extend the overall life of your engine. Regardless of the number of miles on your car, switching from conventional to synthetic motor oil will benefit your engine, but synthetic oil will typically yield the most benefits if you start using it during the early break-in period of your vehicle, i.e. the first 3,000 to 5,000 miles. The synthetic base oil is engineered chemically to deliver customized lubricants with optimized performance advantages. The specialized manufacturing process and the high cost of raw materials utilized unavoidably make synthetics relatively more expensive to produce, which in turn makes them a costly purchase, as compared to other mineral oils. With regular use, however, synthetic oils can prove more economical in the long-run because they last longer, reduce friction, and wear more effectively, thus saving you some major maintenance and engine replacement bills.

When buying the best synthetic oil for your vehicle, it is important to remember that not all synthetic oils are equal in terms of quality. Basically, there are four types of synthetic oils that you will find on the market.

1. Semi-Synthetic Oil – This type of oil is part synthetic and part petroleum. The problem with these oils is there are no guidelines in place that state how much synthetic oil has to be in the formula. Some reports say that as little as 5% of the product can contain synthetic oil and be advertised as semi-synthetic oil. When we think of semi-synthetic, you may think it will be a 50/50 combination, but this is not always true.

2. Group III – These synthetics are actually petroleum-based products that have gone through an extra refining process known as hydrocracking. This is a procedure where petroleum oil undergoes an additional process to eliminate more of the impurities found in crude oil.

3. Group IV – This type of synthetics is really the genuine synthetics and 100% Synthetically Engineered PAO (Polyalphaolefin) oils. If you come across oil that recommends a drain interval of 25,000 miles, you can be sure this oil is made from a Group IV base stock.

4. Group V – This type is non-PAO synthetics which include diesters, polyesters, alkylated naphthalene, and alkylated benzenes among others. These are mainly used in the preparation of oil additives. Since high concentrations of these chemicals can cause damage to components, such as seals, Group V synthetics are normally not used as base oils themselves, instead, they serve to bring beneficial properties to the other types of base oils. 1. Synthetic oils naturally have a high viscosity index, which means they don’t need as many additives that can break down in your engine and change your new oil as soon as you turn the ignition key. Yes, there are a number of oils out there that change as soon as you rev the engine.

2. Since there are no impurities, like wax, synthetic oil tends to have excellent low-temperature fluidity and is thinner during cold temperatures, which means your engine oil moves right after you start it up in cold conditions. This feature is important since it helps minimize engine damage and extends its lifespan.

3. Instead of having countless different hydrocarbons, synthetic base oil consists of just a few. So, by not having an entire bunch of lightweight hydrocarbons, which will end up “boiling off” from mineral oil, the factor of volatility is low. What this does is help reduce oil consumption and emissions in the atmosphere.

4. In absence of all the impurities, like unsteady hydrocarbons in mineral oil, which is derived from crude oil, there is not much room left for oxidation, which means they have good oxidative stability with fewer deposits, as the oil does not break down.

5. Since they are purer and tailor-made, synthetic oils offer low traction force, which contributes to less friction and thus reduced fuel consumption.

6. Less loss due to evaporation

The Royal Purple HPS 5W-20 can be bought in different sizes and viscosities and work to provide maximum protection for the motor. When you use it on a regular basis, the oils improve your engine’s horsepower and torque for much superior performance. This motor oil is an all-in-one solution that cleans, cools, and lubricates engines.

The formula is also compatible with different types of motor oils, which include recycled oils, bio-based, hybrid (conventional and synthetic), conventional, and synthetic. It weighs SAE 5W – 20, which means it has a normal-temperature rating of 20, and an SAE viscosity of 5. It is also 100% synthetic so there is no crude element. 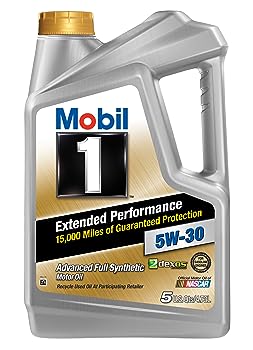 Mobil is an oil company that has been actively involved in research, development, production, and marketing of synthetic oils and synthetic base stock since the 60s till the present day. Their manufacturing covers different groups of base stocks, including Group I, II, III, IV, and V, from traditional mineral to synthetic. The Mobil 1 synthetic oil is designed with an advanced full synthetic formula that helps prevent sludge build-up and deposits, thus enabling a long engine lifespan. In addition, the overall lubrication is excellent and so is the wear protection under a number of operating conditions. 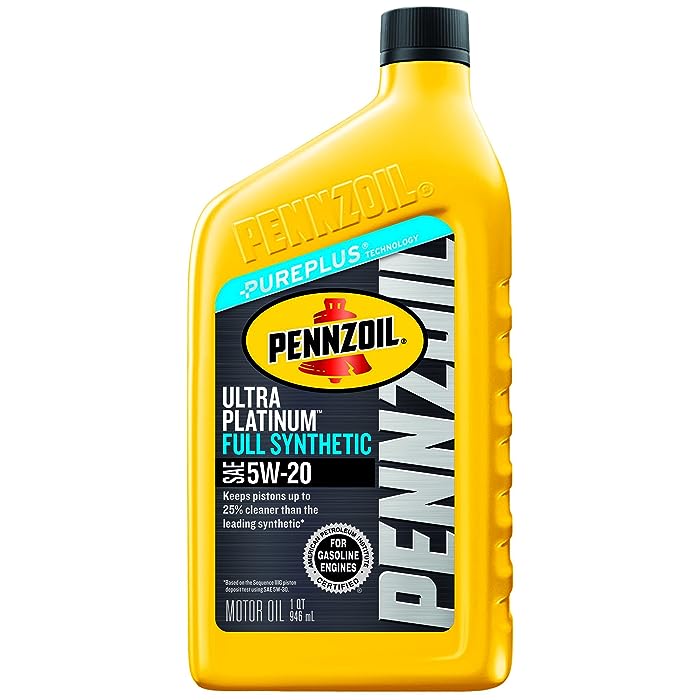 Pennzoil is well-known for their sponsorship of high-end automobile events. With the Ultra Platinum 10W-30 Full Synthetic oil, you are looking at their best performing 100% synthetic mixtures. Whether you drive a Ford Mustang, a Toyota Prius or even a high-end sports car, this synthetic oil is ideal for high street driving conditions. The oil performs well, is easily available at retail locations, and is priced reasonably.

It is formulated with PurePlus Technology, which allows it to have consistently lower viscosity at lower temperatures (-13 to -40oF), so the engine takes less effort to pump the oil at those temperatures. 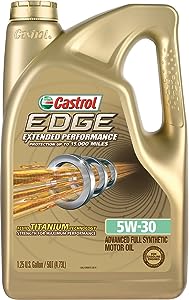 When you think of a performance-oriented brand, Castrol is a name that comes to mind, and the Castrol 03087 EDGE Extended Performance 5W-30 is a good reason why. The oil works seamlessly for sports vehicles, automobiles with higher miles and even regular vehicles. Plus, it is meant to last around 15,000 miles, providing optimal protection to your vehicle’s engine. 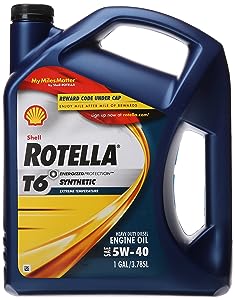 The heavy-duty make-up makes Shell Rotella T6 a great option for diesel-powered vehicles and big trucks. As per Rotella, the low ash additive technology in the synthetic base oil delivers responsive protection constantly adapts to your individual driving condition. It has a viscosity of 5W-40, making it perfect for vehicles, such as small to medium-duty diesel cars, and also heavy-duty trucks. Another special feature about this oil is that it works wonderfully in extremely high and low temperatures.

Taking into account all the above 5 options, the Royal Purple’s HPS Full Synthetic Oil is the best synthetic oil available in the market today! The option is recommended since it comes in a wide variety of viscosities, thus enabling you to drive much longer when compared to other conventional and even synthetic blends. Besides, it’s a perfect option for vehicles in extremely cold weather and is also compatible with diesel and gasoline engines.

In addition to cleaning, cooling and lubricating your engine, the Royal Purple’s Full Synthetic Oil also improves your engine’s torque and horsepower. Therefore, you can get superior engine performance for a long time, which gives you great value for money, and at the same time, keep your car’s engine up and running without any hassle.